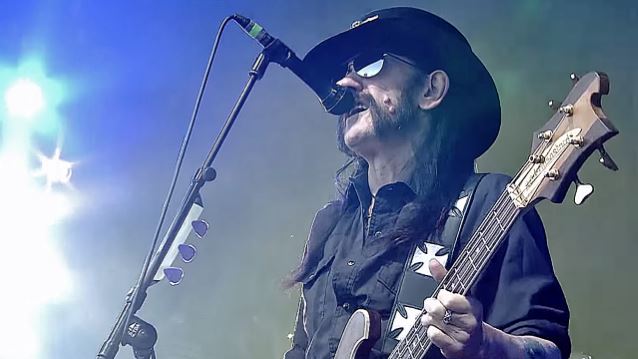 MOTÖRHEAD has been forced to cancel its Dallas and Houston appearances, originally scheduled for September 4 and September 5, due to continued health issues experienced by the band’s frontman, Lemmy Kilmister. British metallers SAXON, who were slated to supportMOTÖRHEAD, will still play in each city (please check local media for up-to-date venue information).

According to an official statement from MOTÖRHEAD, “Lemmy fully intends to resume touring duties as, and when, his doctors give him the all-clear.”

The Dallas and Houston cancelations follow the scapping of MOTÖRHEAD‘s September 2 show in San Antonio, Texas.

On September 1, MOTÖRHEAD delivered only three songs — “Damage Case”, “Stay Clean”and “We Are Motörhead” — in Austin before Lemmy told the crowd, “I can’t do it.”

The latest MOTÖRHEAD walk-off follows a similarly abbreviated performance last week in Salt Lake City, where the band cited the high altitude as the reason behind Lemmy‘s inability to breathe. A show in Denver, at an even higher altitude, was scrapped the following day beforeMOTÖRHEAD ever took the stage.