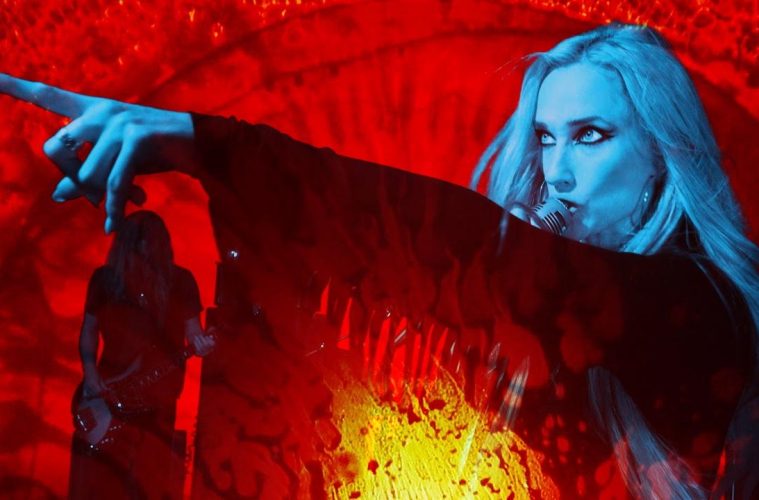 In 2013, Huntress teamed with video director Phil Mucci to give us “Zenith,” one of the more memorable clips of that year. Now the band has reunited with Mucci for their new video “Sorrow”. The video mixes live action and animation to tell the tale of a group of people who enter an abandoned castle and soon learn that they may have just conjured up the spirit of a blood-sucking vampire ready to sink her teeth into some fresh blood.The stylish video features vocalist Jill Janus as the lead vamp, while the other members of the band make guest appearances alongside frequent Mucci guest actor Ian Mackay as well as Nadia Lanfranconi, Malene Ostergaard and Anna Clols.

“Sorrow” is featured on Huntress’ Static album. The disc arrives in stores at sept. 25.