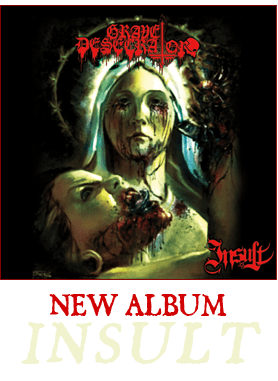 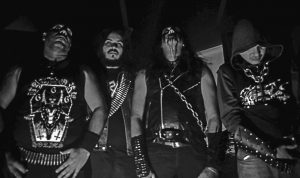 The band commented: “A pact has been sealed, and we are very proud of it! Season of Mist will be in charge to spread our waves of sonic desecration, striking down the earth in witching hour!”, writes bassist E. Necrogoat.

Founded in 1998 in Rio de Janeiro, GRAVE DESECRATOR have established a reputation as one of the most savage and brutal South American metal bands through the release of two full-length albums and several well-received splits (including much sought-after splits with ARCHGOAT and BLACK WITCHERY). Adhering to the extreme ways of their Brazilian predecessors, GRAVE DESECRATOR are true torch bearers of the underground and firmly place themselves among the ranks of entities such as SARCOFAGO, early SEPULTURA, and MUTILATOR.