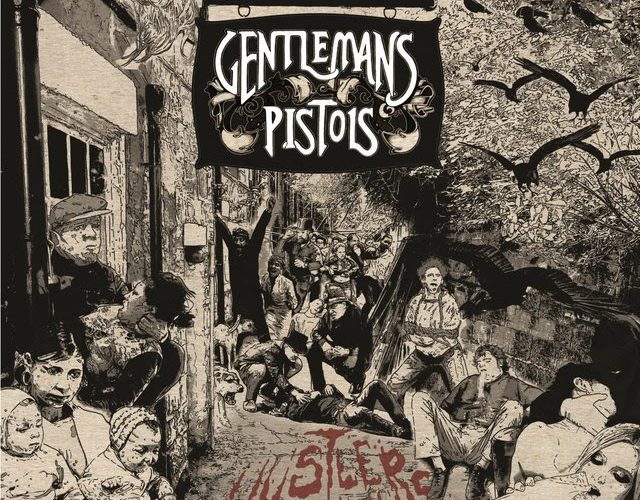 Speaking about the new release, guitarist/vocalist James Atkinson says: “‘Hustler’s Row’ is a cathartic journey through the last five years of my life. The album begins with questions of where my life is going and ends with me heading straight down ‘Hustler’s Row’; on a turbulent voyage of the sweetest sufferings and the most inexpensive of thrills. The artwork is by John Pearson and it encapsulates everything I put across in the title track, that ‘Hustler’s Row’ is a place for freaks, losers, lovers and those searching for something more from life. So we invite you to join us on the ‘Row’…”

“Our old guitarist, Chris Rogers, lived on a street called Hustler’s Row in Leeds,” adds Atkinson. “It’s actually a really nice place, but, to me, the name evoked an image of a place of desolation and despair, so the lyrics I wrote have no connection to that street at all. It was Bill that thought it would make a good album title and it seemed to make sense as it is the final song on the album too. With this album, we tried to make a record that we would want to listen to; one that was heavy but melodic, intense but catchy, thoughtful but unruly. A record for reprobates and romantics, for gentlemen and hustlers.ˮ