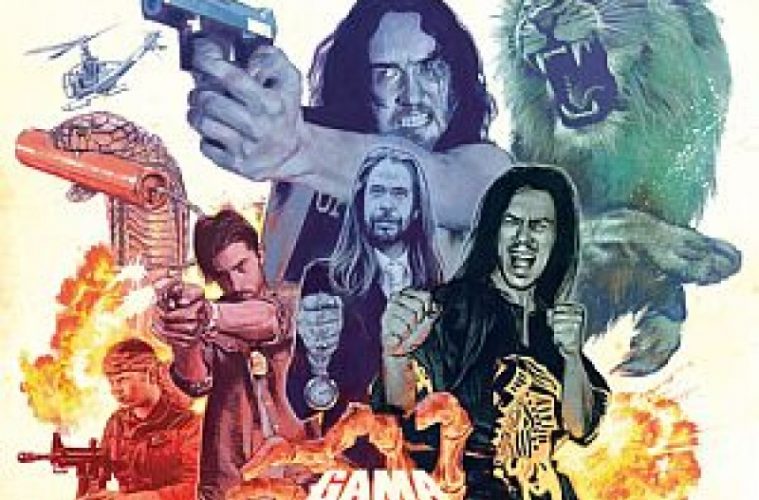 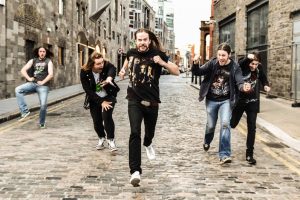 Formed in Newry, Northern Ireland in 2002, GAMA BOMB bonded over cassette tapes of obscure thrash and 1950s horror comics at a time when Nu Metal ruled the world. Following three strict, self-imposed rules (no clean guitars, no ballads, and no synths allowed) the five-piece cut their teeth on the UK’s punk and hardcore circuit over years of backroom Shows. After self-releasing their first album “Survival Of The Fastest” in 2005, the band slogged to endless UK gigs on public transport before finding themselves at the forefront of an unexpected thrash Revival. Albums “Citizen Brain” (2008) and 2009’s “Tales from the Grave in Space” marked them out as a band with big ideas, with Tales one of the first albums ever released as a free download by a signed band. Their unique mix of pop culture nods, speed metal and knowing humour won a cult following in Europe and far beyond, which they cemented with tireless touring and a commitment to manic, beery live Shows. In 2013, the band signed to AFM Records to release “The Terror Tapes”, followed this year by their most audacious move yet: “Untouchable Glory”, an unapologetically hooky thrash album inspired by vintage kung fu movies. As the band enter their lucky 13th year, they thank a strict diet of exploitation movies, 80s music and strong drink for their longevity. That and sticking to the rules they wrote in a Newry garage all those years ago.