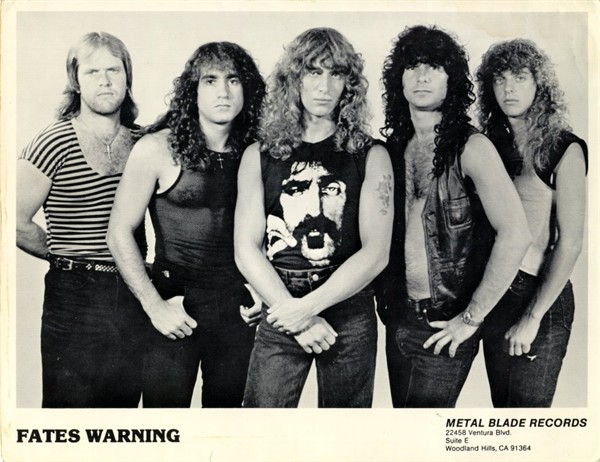 U.S. Progressive Metal pioneers FATES WARNING have started work on their upcoming, 12th studio
album effort, to be released worldwide next year via InsideOutMusic. FATES WARNING guitarist and main composer Jim Matheos checked as follows to comment about the  status of activities: “I’m happy to announce that all the music for FW12 is now written. Still some work to do on lyrics and final arrangements, but the plan is for us to start tracking in December with a release date pl…anned for the first half of 2016. In the meantime, I hope to see and meet a lot of you on the upcoming US dates.”

FATES WARNING upcoming US tour in support of their current album “Darkness In A Different Light” will start out October 9th and run up to November 2nd.

In related live-news, FATES WARNING have also announced two special “Awaken The Guardian” 30th
anniversary festival live-appearances in its original line-up (featuring John Arch on vocals) for 2016, which will take place at the already sold-out Keep It True in Germany / http://www.keep-it-true.de on April 29-30th as well as at ProgPower USA / http://www.progpowerusa.com on September 9-10th

Deathstars objavili This Is