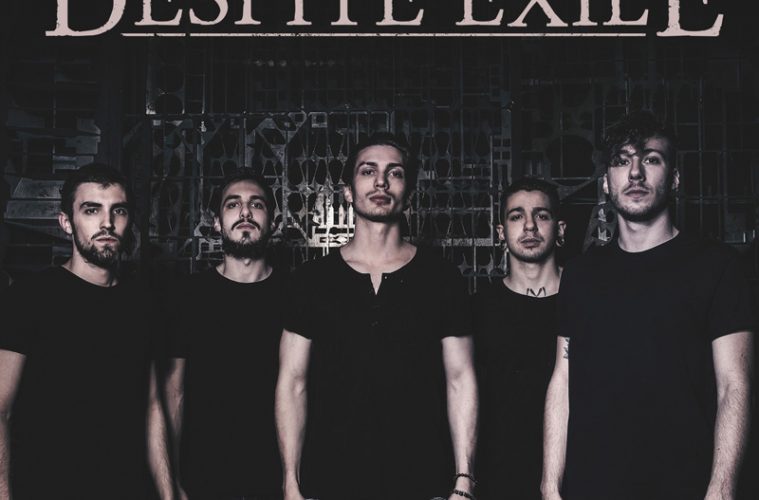 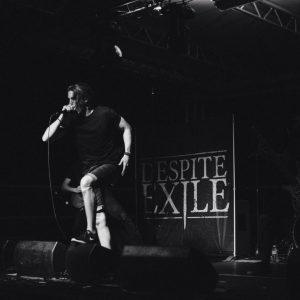 Whether you like fast, crushing death metal riffs, or intricate, and epic guitar melodies, mixed with deep, powerful vocals, and bouncy breakdowns: DESPITE EXILE offer what you are looking for! Being around for five years, the Italian band already released two EPs (“Scarlet Reverie” and “Re-Evolve”) as well as the full length debut “Sentience” in November 2013. Known for its explosive live performances, DESPITE EXILE established their understanding of forward thinking across Europe supporting acts like Trivium, Betraying The Martyrs, Oceano, or Texas In July.

And the quintet from Udine, Italy stays on the go. Having recently signed a deal with German LIFEFORCE RECORDS, it is now time to unleash the new seven track EP “Disperse” in November 2015; again filled with an exquisite mixture in between death metal technicality, and fast riffs with epic melodies added by an visionary approach to extreme music. This EP is a conceptual journey through the paradoxes of human thinking in the form of a five acts tragedy: from the illusion of being an autonomous and creative entity, to the realization of its deepest constraints. Throughout the struggle to discover its origin, thought moves towards the nothingness from which it came, accepting that the only act of freedom left is to perpetrate its own dissolution.