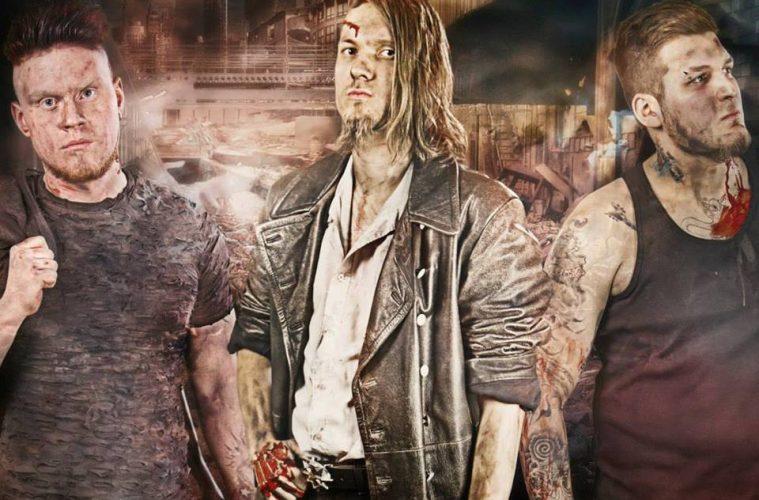 Chaos is a state where, according to the laws of entropy, our universe is inevitably heading. Chaos is also a finnish metal band. Their debut album, Mortality Makes the Humanity, mutilates that chaotic primeval state into sounds and lyrics. Those sounds and lyrics tell the story of a dystopian future, which in the worst case is yet to flow through our minds. Album takes us for a trip into a world where transhumanistic elite, calling themselves Atlanteans, is planning a widescale elimination of the human population. Mortality Makes the Humanity reflects crisis, overpopulation, scarcity of resources, war and humans merging with the machine in a form of polymorphous metal music.

Metal band Chaos was formed in Varkaus, Finland in 2011. Band members, vocalist and guitar player Jonne Hirvonen, drummer Eemeli Oksiala and bassist Niko Suomi knew each other from former band projects from past years. Until now Chaos has published Chaoslifter EP, Fireproof – and The Deepest Trenches –demos. Bands music is a fusion of rich selection of influences, and all the songs are born from a compulsive itch to create. Band has been gigging regularly around Finland, approximately 10 gigs per year. In March 2015 guitar player Petri Liukkonen joined the band. Mortality Makes Humanity, band’s conceptual debut album, had been developing during the whole time of the bands existence. Album is released November 13th 2015 by Inverse Records.