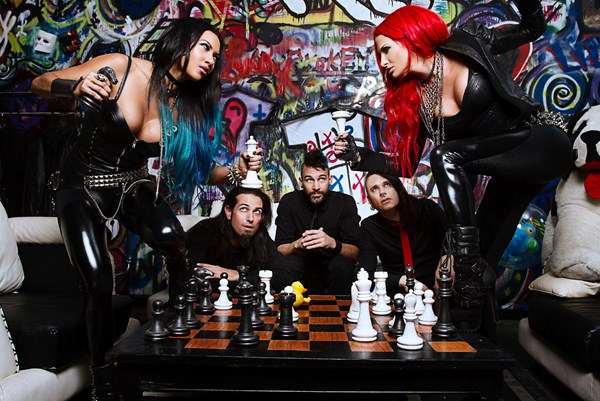 Heidi Shepherd (vocals) states: “We’ve all been in that different state of consciousness where rage over takes over your body and mind. ‘Igniter’ is about these emotions and about that last straw that breaks you. We were so lucky as to film this video during our live performance at The Download Festival, Metal Hammer Boat and The Metal Hammer Golden God Awards. As it shows our intense live energy on the stage, it also shows our goofy off stage personalities.”

Carla Harvey further adds: “’Igniter’ is a song about the anger and frustration that we can let consume and even destroy us at times. When we first started Butcher Babies, I was in a much darker place and often let that rage overtake me, but after 6 years of having a healthy outlet for those feelings through our music, I’m a completely different person. I love that the video for Igniter, shot while we toured the UK this summer, shows a juxtaposition of on stage rage and our off stage fun personalities. It speaks volumes to the release that music provides not only for the listener, but the creators.”