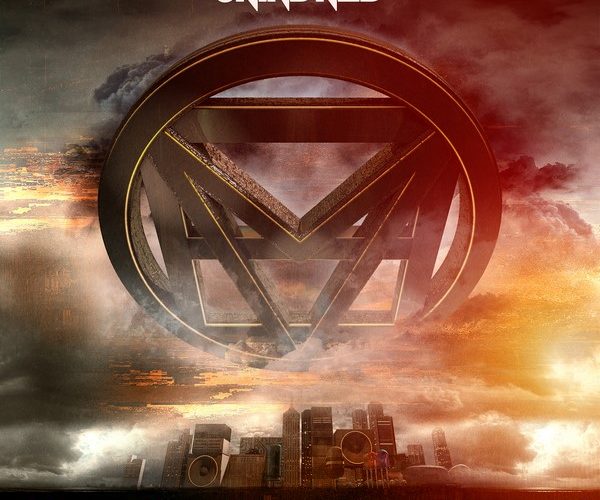 Volume? Turn it up to the proverbial 11, if you will!  Since 1998, the quintet from Wales, Skindred has been responsible for their own unique blend of Core, Dub, Reggae and Funk. This is the main reason that no leg is kept on the ground, no shirt dry, and no neck not stiff from headbanging.  And with their sixth studio album Volume, there is absolutely no exception!  With its massive Nu-Metal style guitar shredding, grooving beats, dub and electro inserts, and the vocal diversity of frontman Clive “Benji” Webbe (ex-Dub War), these islanders continue to hit hammer, anvil, and stirrup mercilessly with songs like Volume’s title track, as well as “Under Attack” and “Hit The Ground”.  All those who think Soulfly now too monotonous, or Korn too compromising, need only look to Skindred’s new album ‘Volume’ to bring what somehow seems lost from the Nu-Metal genre!

Directed by Band member Dan Sturgess ‘Rude Boys For Life’ offers a revealing and exclusive behind-the-scenes look at one of rock music’s best live bands. Taken from over 1000 hours of footage filmed by the band over their 17 year career, Skindred’s Rude Boys For Life chronicles the band’s rise: through the making of all six studio albums, including the new album, Volume, to exclusive, unseen, behind the scenes footage of five world tours; through the early days – touring the USA in a van, to the birth of the now infamous Newport Helicopter at Download Festival 2011, culminating in their headline set to a million people at Polish Woodstock.
A must for any Skindred fan, gain unparalleled access in to the band’s life on the road, and hear them talk candidly about the highlights, the pitfalls, and how they’ve maintained inter-band relationships over the course of their career.

The bands 6th studio album, entitled ‘Volume’, will be the bands first release on Napalm Records. The album was recorded at The Strongroom studio in East London and was produced by longtime collaborator James ‘Lerock’ Loughrey (previously worked with the likes of White Zombie, Depeche Mode, Manic Street Preachers).