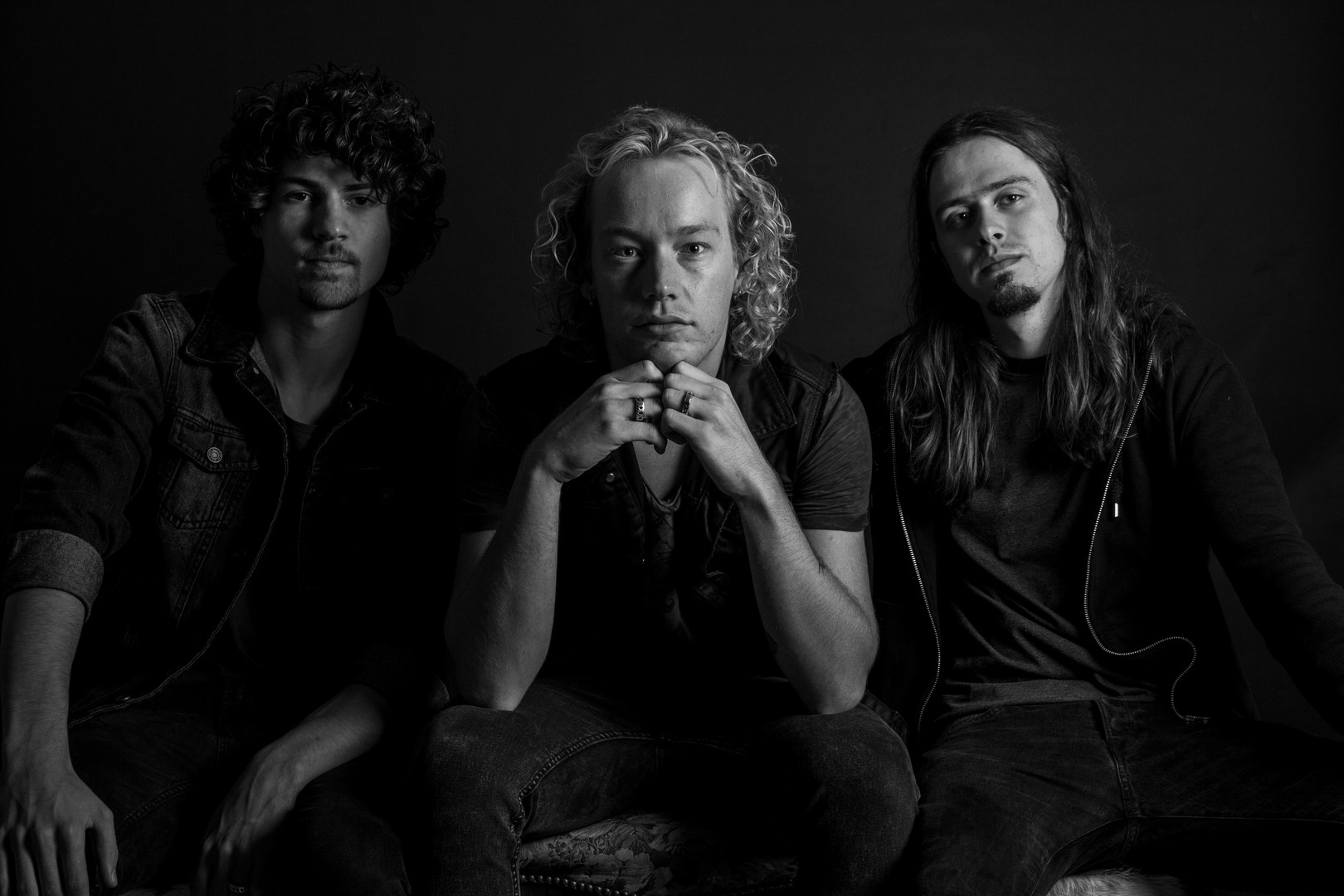 The reason why traditional rock music – unlike other short-lived musical directions we could mention – has lost none of its topicality and fascination to this day is due to the genre’s capacity for renewal. It has consistently evolved by virtue of its own strength, inviting new ideas which inspire young people, with new and hungry bands bringing a fresh breeze to the scene all the time. Among those acts who ensure that there’s no need to worry about the future of rock’n’roll are Black-Bone from Eindhoven in the Netherlands. The three musicians Steef van den Bogaard (guitars/vocals), Sven Hompes (bass/vocals) and Jules Eck (drums) are all in their early twenties and deliver their substantial rock’n’roll with a mastery which surprises even connoisseurs of the scene. The band have signed a recording deal with Steamhammer/SPV in summer 2015 and their new album Blessing In Disguise will be out on 18 September 2015. This second album release by the trio will prove an amazing professional development. “We’re a young, hardworking band, and the prospect of collaborating with a renowned record company motivates us even more,” Steef van den Bogaard explains.

The three musicians have known each other for almost eight years. Steef and Jules went to school together. They met Sven in 2008, all three being into bands like Guns N’Roses, AC/DC and Motörhead. Initially concentrating on cover songs, they soon turned to original compositions and their own style began to develop. “We didn’t want to be compared with others but do our own thing,” Jules explains. The band name came about by coincidence, practically in the kitchen of the van den Bogaard family. “My mother was cooking beans and my dad asked me whether I realised what the English word ‘bone’ means,” Steef remembers, “so we started messing around with the word:  Red Bone, Yellow Bone … and finally Black-Bone, which we thought sounded great.” In the following months the trio missed no opportunity to play as many clubs as possible in and around Eindhoven, meeting Rob Trommelen of Mojo Concerts during a gig at the Paradiso in Amsterdam. He liked what Black-Bone were doing, and from that moment on he supported the band. When they were offered the opportunity to play as opening act for Deep Purple in December 2011, Black-Bone’s great chance had arrived. “That show opened a lot of doors for us,” explains Jules. Invitations to play major festivals such as Bospop and Paaspop, concerts with the likes of Saxon, Slash, Status Quo and Chickenfoot, a European tour with Mustasch and lots of own club gigs followed. At the time of writing, Black-Bone had played more than 220 concerts and released an EP in January 2011 and their first album Back To Mayhem in May 2012. Not bad at all for a newcomer act.

Their upcoming album Blessing In Disguise will be the second decisive step. Produced by Peter van Elderen, also known as guitarist and frontman of Peter Pan Speedrock, Black-Bone are set to prove what they’re made of. Be it on typical rock tracks like ‘Loaded – Weighted’, the programmatic ‘Never Too Loud’ or the first single release ‘Nothing But History’, on a brutal, no-holds-barred number such as ‘You Gotta Nerve’ or on the quiet track ‘Wrong’ (Stef: “A ballad is new for us, the fans will be surprised”) – the group’s musical direction and craftsmanship never fail to impress. “Although we see ourselves simply as a rock’n’roll band, our music is multi-layered and very dynamic,” Sven describes the current album. “And with the support of Peter van Elderen, we’ve succeeded in transferring the great energy of our live shows to the studio.”

Mind you, these musicians have never lacked guts. “We know that it definitely can be a risk to be hell-bent on a professional career as rock musicians, but as they say – no risk no fun,” Steef explains the lyrics on Blessing In Disguise, which deal mainly with the experiences of recent years.

So it’ll be exciting to see what the future will bring this promising band. The music industry holds challenges galore in store, but it obviously also knows the right answer: Black-Bone!